Today Hollyland has announced a new addition to their wireless monitoring lineup – here is the press release they’ve sent us. 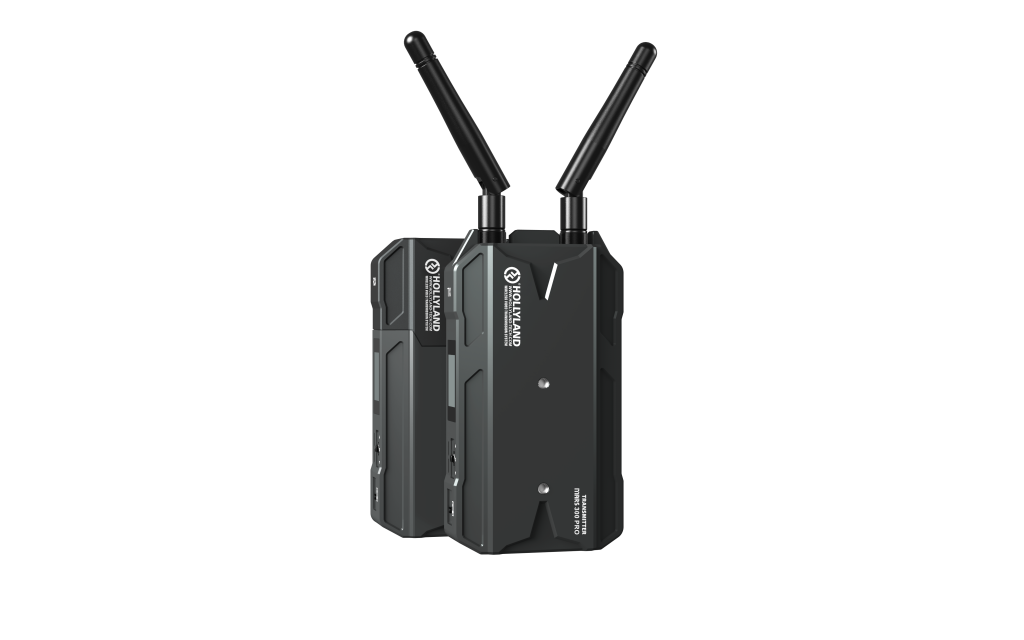 From the name MARS 300 PRO, it is pronounced that this is an updated product of the once-popular product MARS 300. Most people would probably wonder what their differences are. Here is a comparison sheet between these two products. 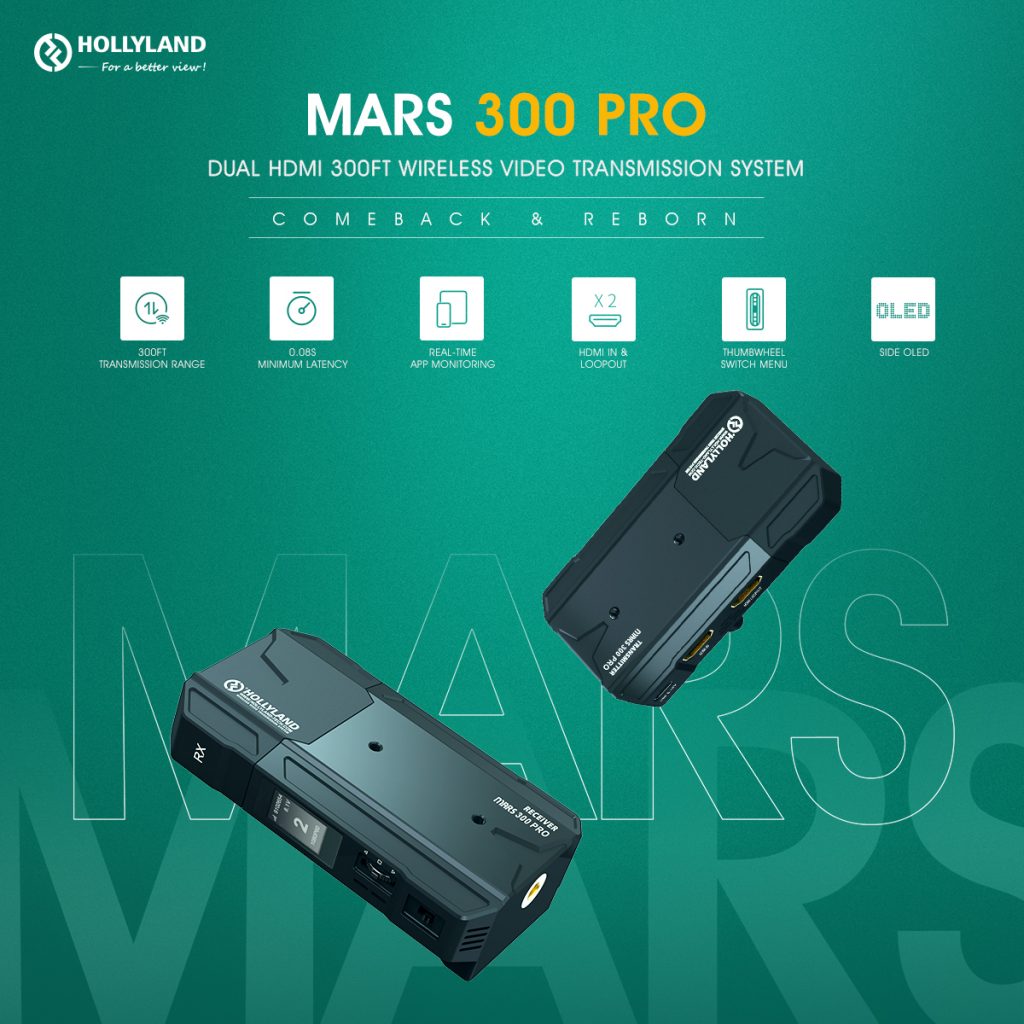 MARS 300 PRO has a hassle-free wireless video and audio transmission range over 300ft with a clean line of sight (LOS) and with 0.08s lowest achievable ultra-low latency. It has eight frequency channel options that can be switched to avoid interference and to ensure a stable wireless transmission just like other transmitters in their MARS product line. 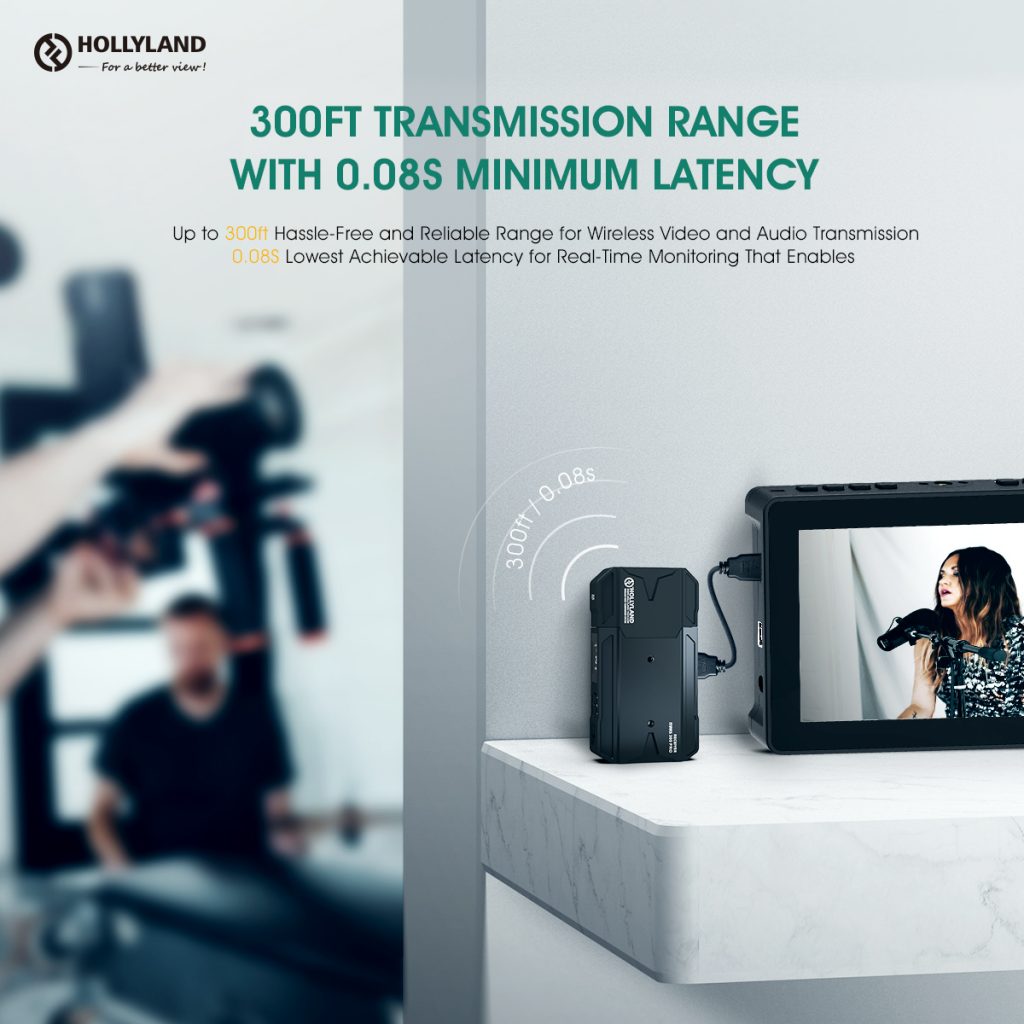 One of the most stand-out features is the mobile App real-time monitoring. When the receiver is connected to an external monitor on a regular setup, two more mobile devices can be connected to the transmitter via their HollyView monitoring App that people can find in Google Play and iOS App Store. The transmitter can also be used alone, which would allow the system to connect up to three mobile devices monitoring. 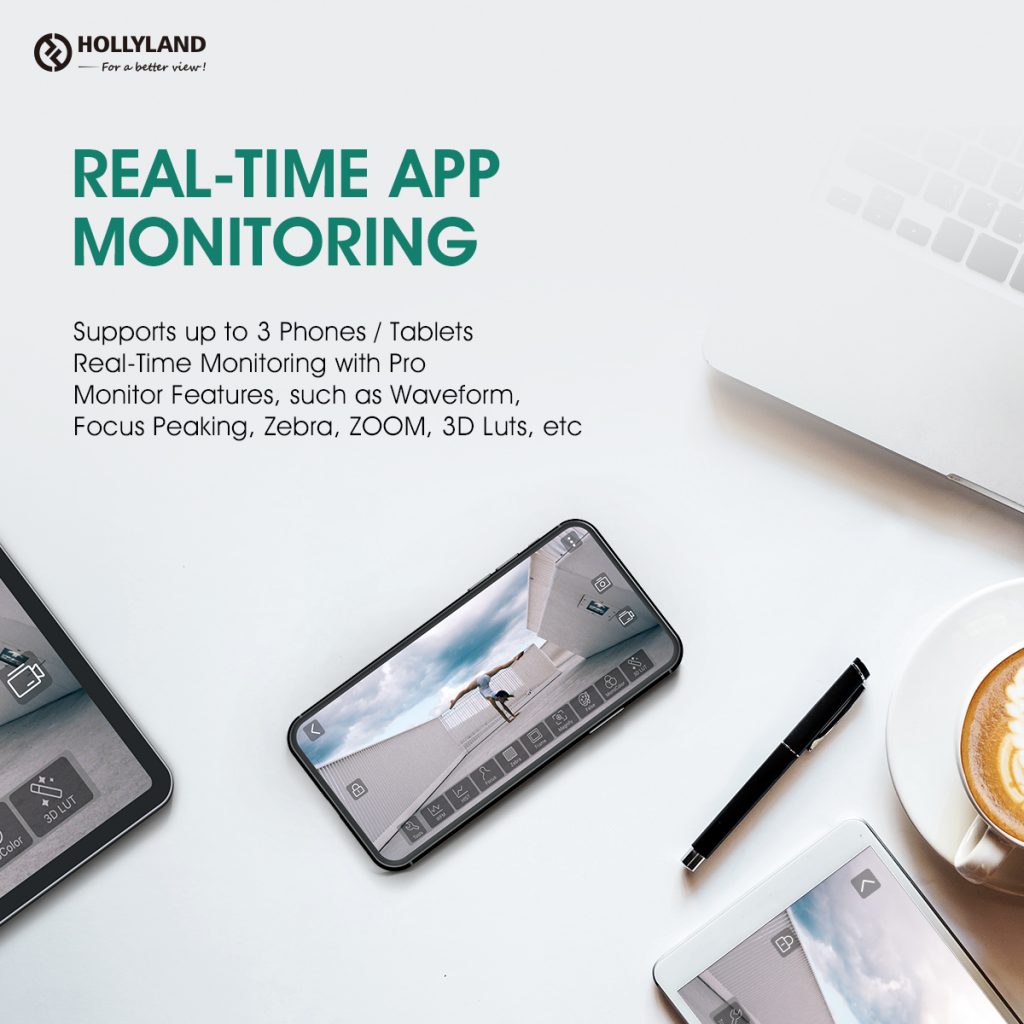 There are two HDMI outputs on the receiver while the transmitter comes with an HDMI input and an HDMI loopout that is essential for people who like to build cinematic rigs with mirrorless or other small-budget cameras and need an on-camera external monitor.

The App itself supports pro monitor features, such as waveform, focus peaking, zebra, zoom, 3D luts, screen recording, and screenshots that people can make simple notes and share them with others, etc. 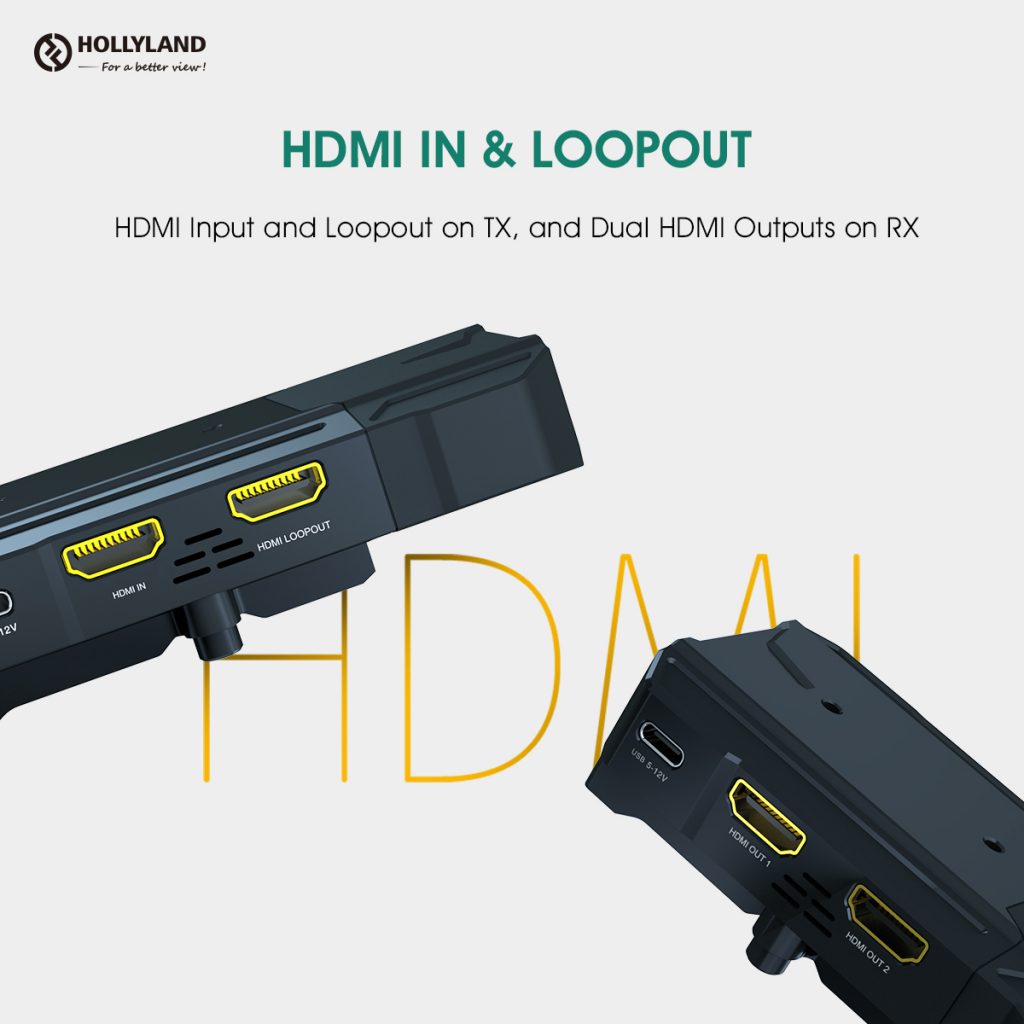 The following is a typical setup for the application of the MARS 300 PRO wireless transmission system. 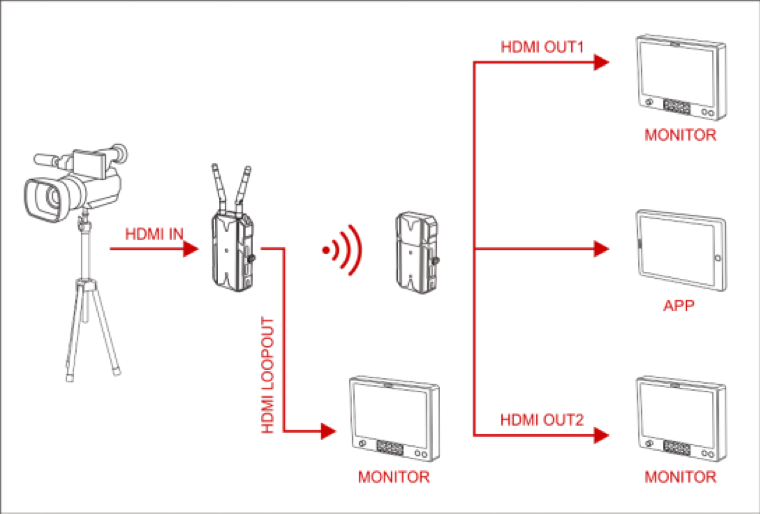 A 3-in-1 thumbwheel switch menu is added to MARS 300 PRO together with a side OLED screen with easy access to the device’s power status, channel scan result, video input, channel number, etc., so now people don’t have to worry about having their screen blocked when they mount their systems horizontally on the camera. 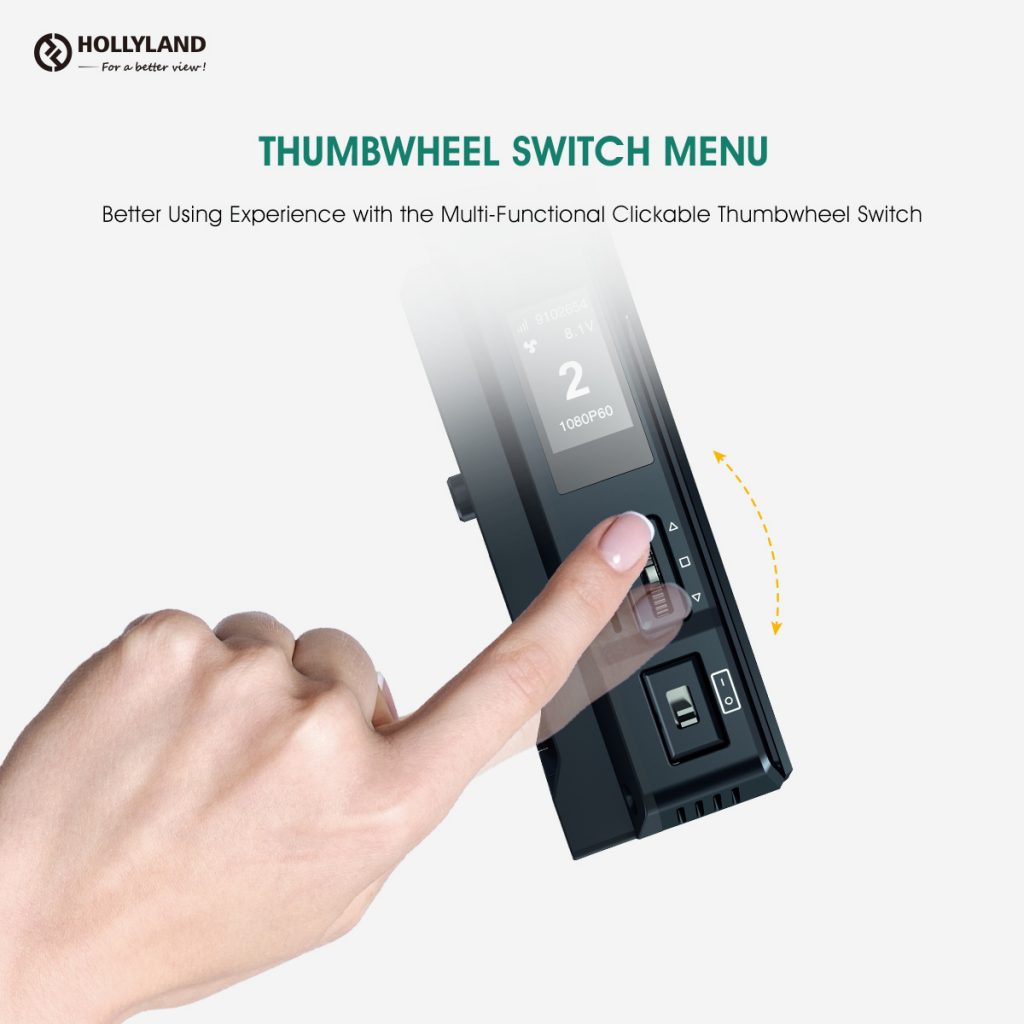 The downside of having a built-in fan is the fan noise. The solution Hollyland comes up with is the ability to adjust the fan speed in order to have the fan noise under control. Regular speed to keep the fan running at its own pace, or low speed for quiet mode when one sets a microphone next to the transmitter. 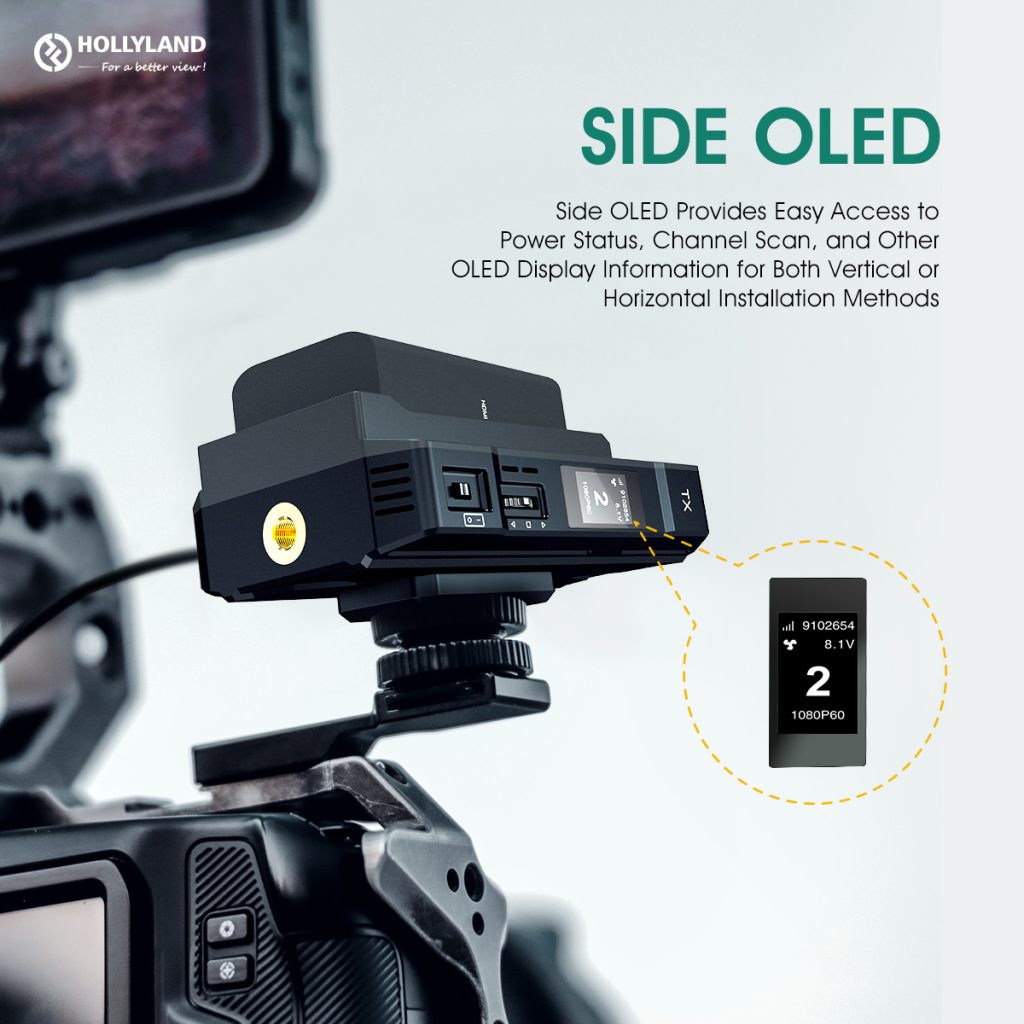 MARS 300 PRO also comes with channel scan on both the receiver and the App, so people can easily identify the best channel to use on a shooting location ahead of time, or anytime. Hollyland also puts the firmware upgrade to both the device and their HollyView App that makes it less-hassle when it comes to system updates. 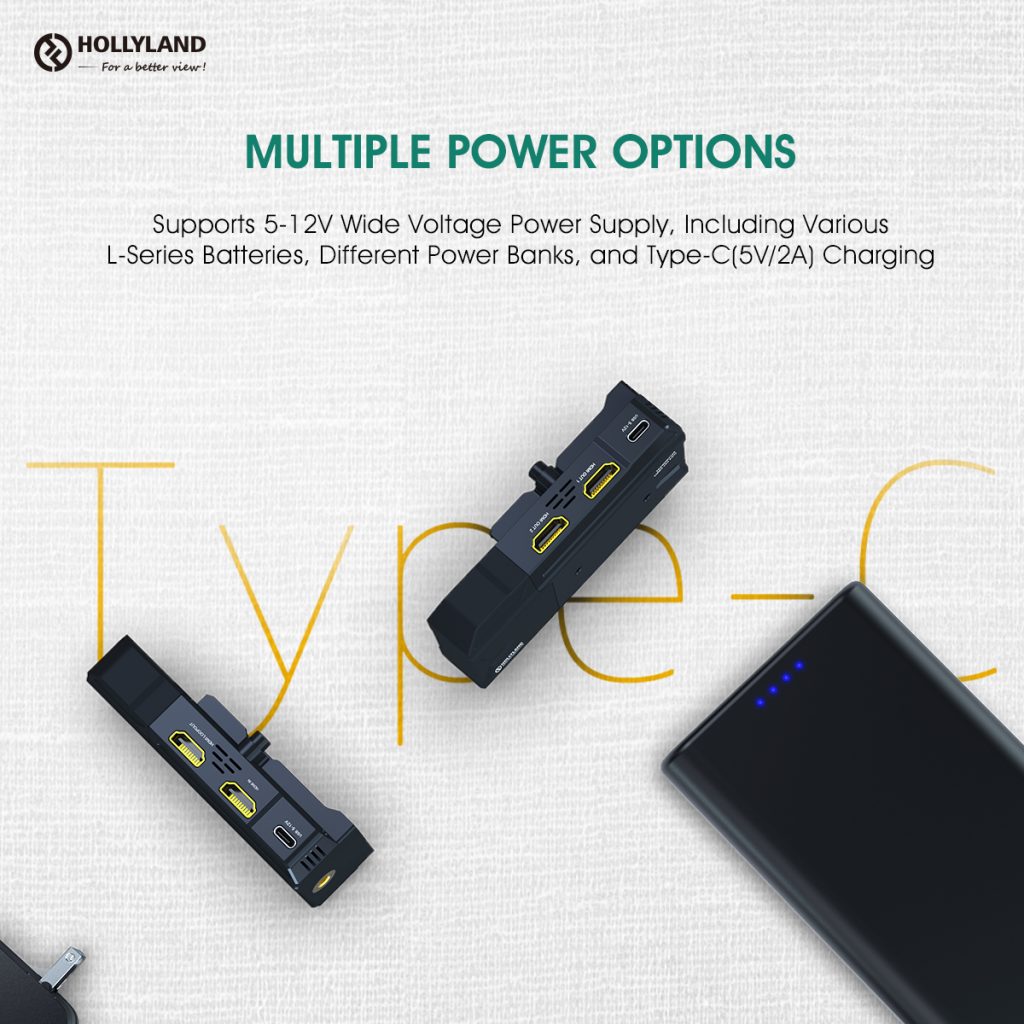 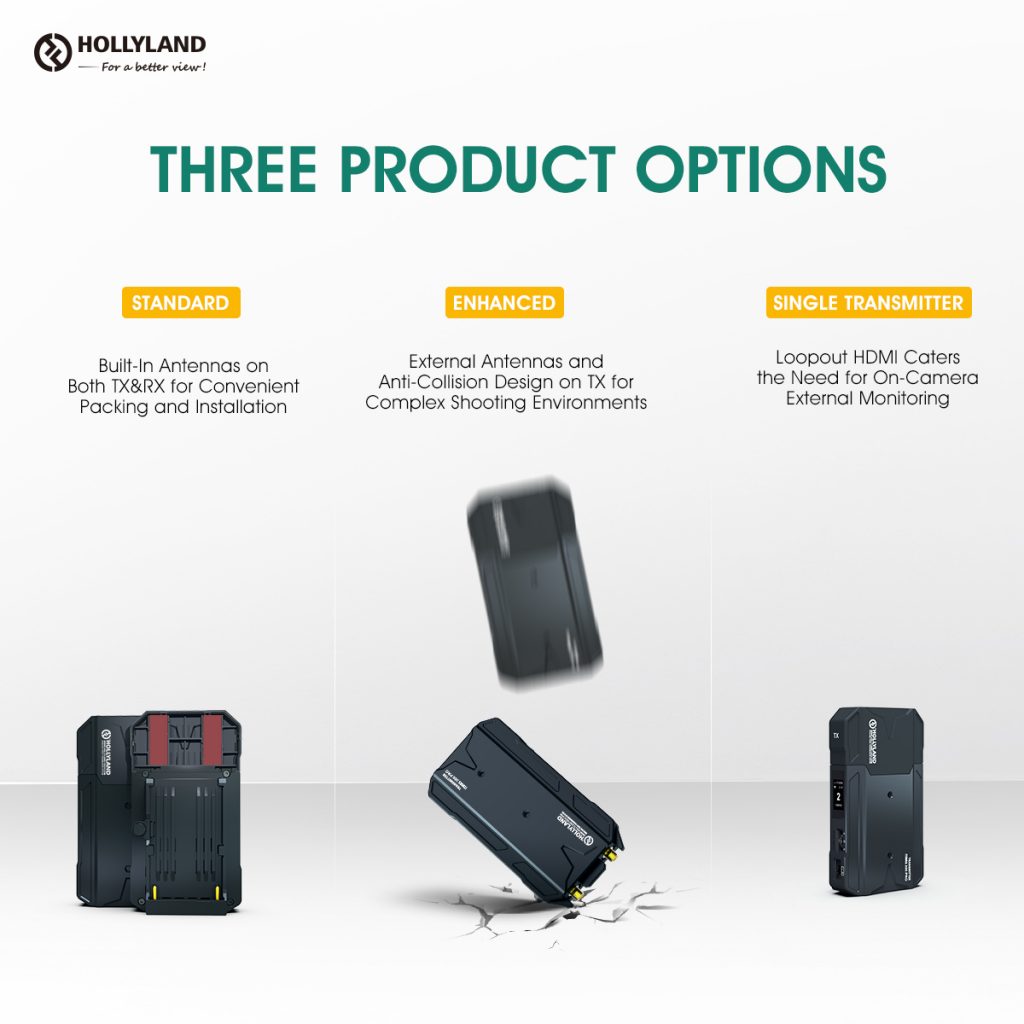 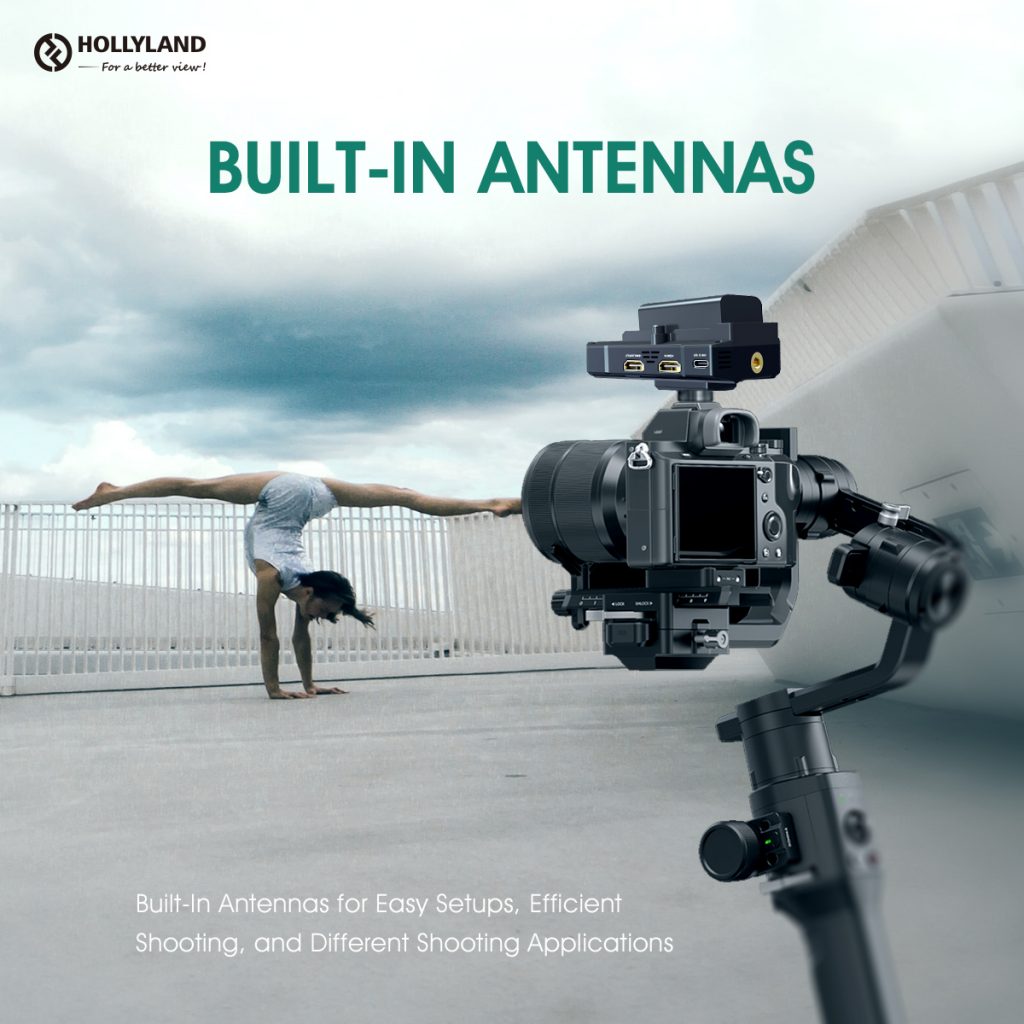 Besides these two packing options, they have also added the single transmitter packing as the third purchasing option, which means now, people don’t have to go for a full transmitter and receiver set if they just need the App monitoring feature plus the on-camera external monitor connection option. 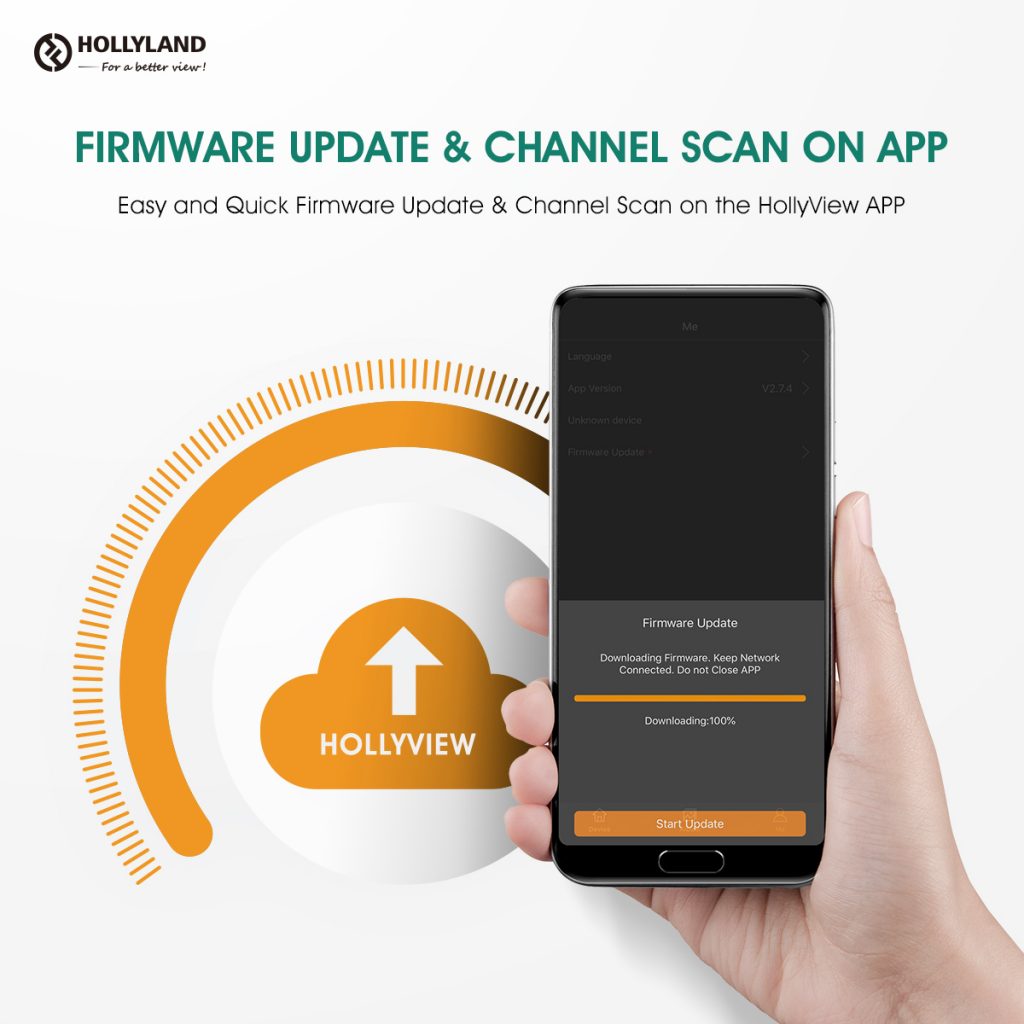 It is confirmed that Hollyland has already started the mass production for the product. The first batch of supply will be right on the release date, July 25th, 2020. The exact availability in different areas may vary. If you are interested in getting one, go and check that out with their local dealers listed on their website. With the pre-orders going on right now and Hollyland’s efforts to ship the products out, people should be able to get their hands on them soon.

The company aims to provide all our customers with the most economical and efficient wireless solutions and services. As far as we can see, Hollyland has been delivering what it has promised with their quality and affordable products in recent years, and their passion and determination to better serve the filmmaking industry.