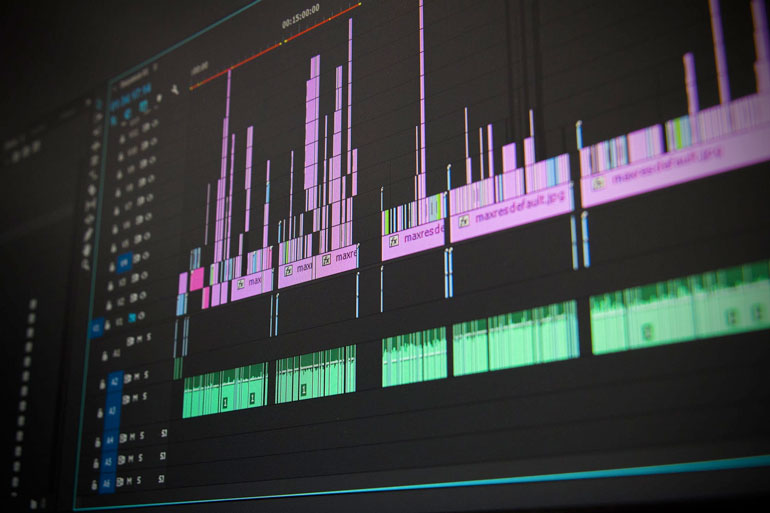 To properly learn how to edit with Davinci Resolve, it takes more than watching a couple online tutorials. Contributor Adam Goldfine walks us through his learning experience while taking the Definitive Guide to Davinci Resolve course at MZed.

When I first began editing, some 35 years ago, the idea of a non-linear editing system wasn’t even a pipe dream. Bins were large metal or plastic containers in which individual takes were hung from wire racks, and fades and dissolves were indicated by making archaic symbols with a grease pencil directly on a work print.

Shots were joined together with cellophane tape using a guillotine splicer; adding a frame back here and there resulted in a sloppy mess. Get it right the first time was the order of the day. It was a slow process. 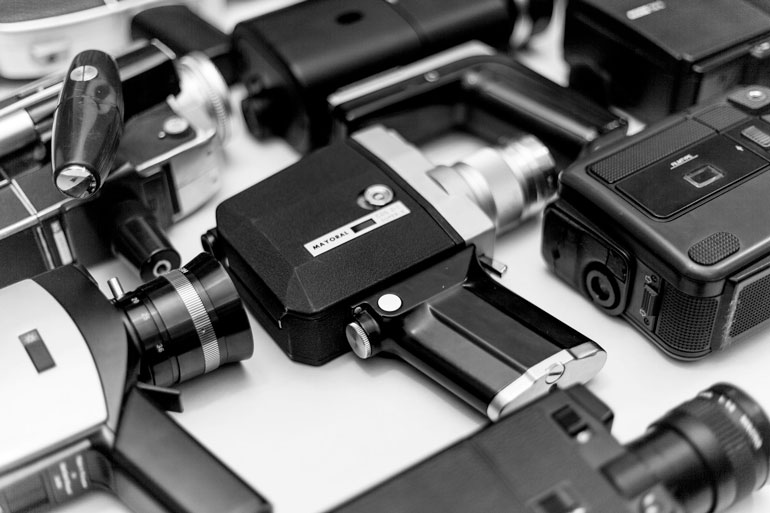 Video tape based editing systems were more flexible, but could be just as tedious as film. The clunky consoles and linear nature of the process made any significant changes to the edit a time consuming affair. “Rippling” the timeline could result in hours of additional work. If you’ve never heard of the brands Steenbeck or Moviola, or never had to deal with pre-roll times, consider yourself fortunate.

Everything one needed to know about operating the equipment, whether film or video, could be learned in an afternoon. From there it was pure editing skill. Knowing where to cut and why, building the logic and drama in a scene took practice, natural talent, or both.

There was no spicing things up with effects, flares, adding zooms, repositioning, slowing down a shot or adding speed ramps. Experimentation was a time consuming and potentially costly endeavor. For the most part, you had to make whatever the director and DP gave you work. 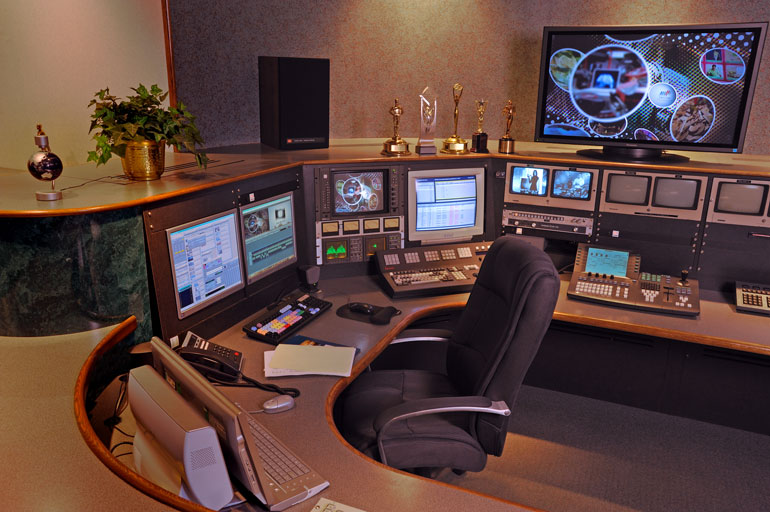 Classroom in a Book

I made my first foray into digital image processing years ago when I purchased a copy of Adobe Photoshop. As a digital novice, confronting its numerous menu items, palettes, brushes, layers, masks, etc. was daunting. Thankfully, Adobe developed something called Classroom in a Book, a comprehensive tutorial that walked you through every function and capability the program had to offer.

You completed a series of projects that utilized various aspects of the program until you had more or less, done it all. It was incredibly well designed and executed and I can’t imagine that anyone could have done a better job.

Within a relatively short period of time I had mastered the technology, if not the art, of digital image manipulation. It was so effective that soon after completing the lessons I was hired by Academy Award winning visual effects supervisor Bill Mesa to work in his effects house, with no further training than what I had learned in the book. 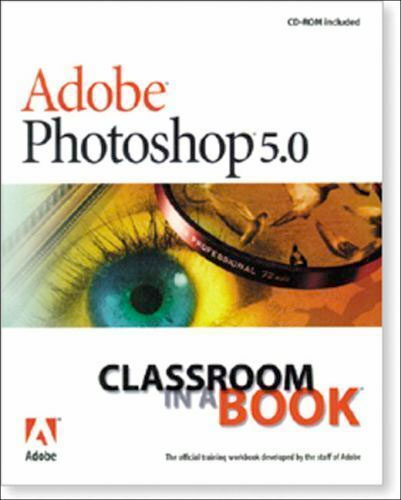 This year I decided it was time to learn non-linear editing. With my limited knowledge of the subject I weighed the pros and cons of several of the usual suspects and settled on DaVinci Resolve as the tool of choice. I like its ability to go from edit to sound design to effects to color grading without leaving the program.

I also own a Blackmagic Design Ursa Mini Pro and I like being able to do a quick color grade on a BRAW shot to get a rough idea of the end result, while still in the edit phase. 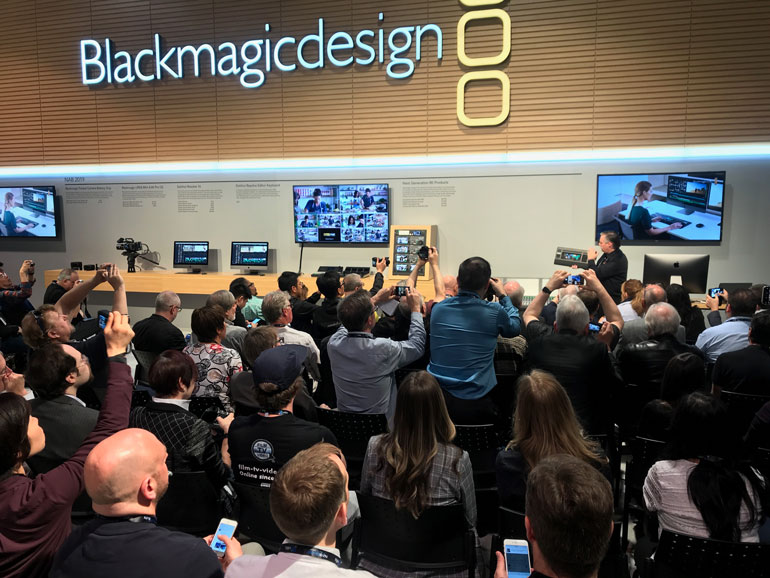 Resolve has recently seen many more users adopting its free version - over 2 million now, similar to FCPX's user base. So clearly it's a solid software base for one start the learning journey, with a growing community and lots of ongoing development. Here's an article on why it makes sense to learn Davinci Resolve first, before other video editing software.

Confronting Resolve was even more daunting than Photoshop. The included digital manual weighs in at 2,739 pages (version 16 is now 2,962 pages) and true to its title, it's a reference manual. It describes the function of each menu item and setting, with some suggestions for best practices, but it is far from an effective training tool.

The only nearby authorized training courses would take an entire semester to complete and are rather pricey. YouTube videos offer fragmented bits of wisdom but nothing comprehensive. If only there was a classroom in a book for Resolve.

As luck would have it there are five, published by Blackmagic Design, and they follow the same project based tutorial format offered by Adobe. I purchased the first book, The Definitive Guide to DaVinci Resolve 15, though each book is also available as a free PDF download from Blackmagic Design. 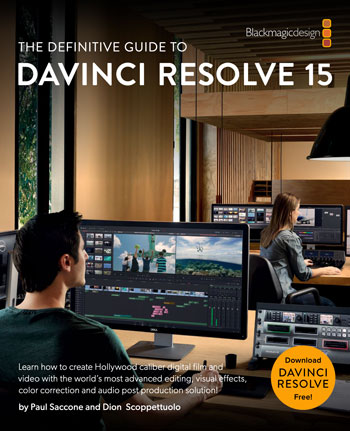 The book is a general overview of the program and touches on each area, including Edit, Effects, Sound, Color, and Delivery.

It sat proudly on my bookshelf, untouched for roughly six months while I hunted and pecked my way through the program.

So when I was given the opportunity to review MZed’s video course of the same name, taught by accomplished filmmaker Ollie Kenchington, I jumped at the chance to take an alternative approach to learning Resolve.

What I Want from Davinci Resolve Training

Let’s start with what I wanted to accomplish. I think most would agree that it’s a requirement for the technology to become second nature, such that it is a natural tool of creative expression. I wanted to be able to focus on the edit, on producing the end product, without having to spend a lot of time figuring out how to accomplish it, or even thinking about the program.

As I said, you can learn everything there is to know technologically about editing film in an afternoon. I wanted the non-linear editing process to be just as familiar and intuitive - the background to the creative process - not the focus of the work.

The Definitive Guide to Davinci Resolve course is laid out in 15 modules, all project based, that exactly mirror the chapters in the Blackmagic Design book. One of the advantages of the video course following the book is that if you forget something, the book or PDF can be used as a ready reference to refresh your memory.

The video course also includes a 16th bonus module in which Kenchington does an admirable job of covering the upgrades, changes, and additions to Resolve in version 16. Kenchington's explanations are straightforward, easy to understand, and make excellent use of on screen recordings to illustrate the concept or operation he is describing. 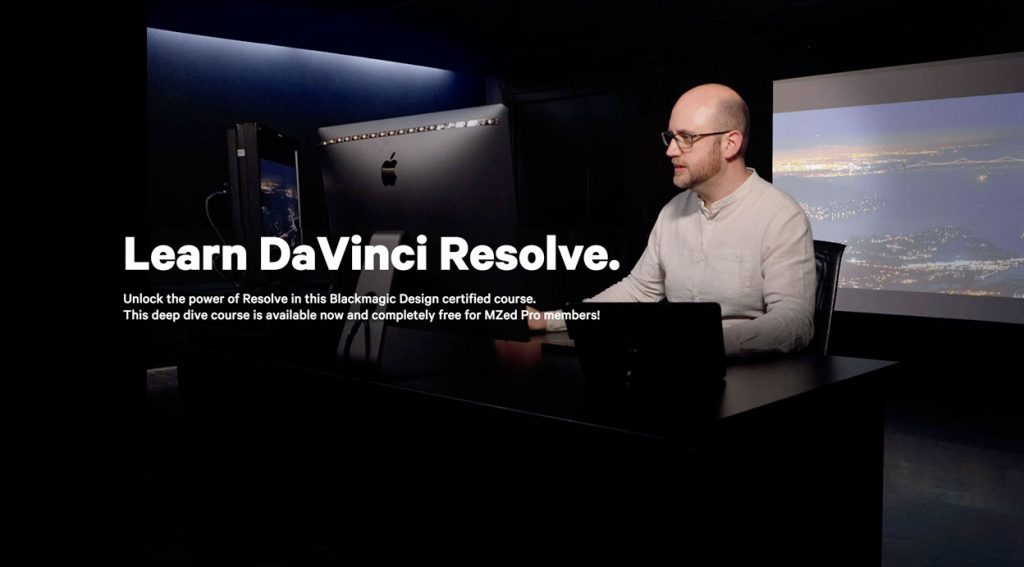 This is a significant advantage over using the book, as the printed screen shots tend to be rather small with poor contrast and color reproduction. The PDF version is better in this regard and the images can be enlarged on screen, but the video is still the superior approach in my opinion.

The projects use prepared footage and sound files which can be downloaded from the Blackmagic Design web site. The MZed course also contains a link to retrieve the files. You just download the files to your hard drive, unzip them, and you are ready to go. 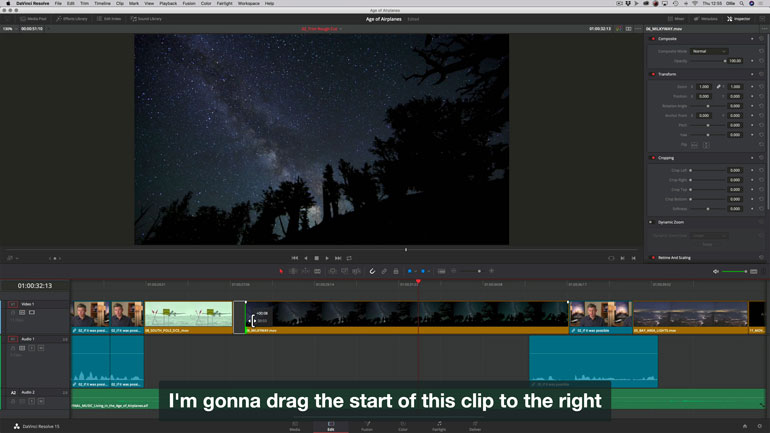 The course length is nine hours and 30 minutes (plus an additional 52 minutes for the Bonus Module) but that is if you simply watch it. The course is designed to follow along and build each project as it’s being taught, using the provided files.

I would allow roughly 20 hours to watch the course, execute each step, review your work, and go back over any nuances or subtleties you may have missed. Kenchington also offers some tips on editing techniques and aesthetics for those new to editing in general.

So how well does the MZed course work at teaching Davinci Resolve? I can’t imagine that anyone could have done a better job. Blackmagic Design did an excellent job developing the course and Kenchington does an equally excellent job teaching it. He is knowledgeable, easy to follow, and everything is absolutely accurate and consistent with how Resolve works.

If something isn’t working as you expect, you missed something, a setting, selecting a track, etc. Just go back over the steps and see what you overlooked. Whether you have never used an NLE before or you are switching from another program, The Definitive Guide to DaVinci Resolve will have you up and running in short order. 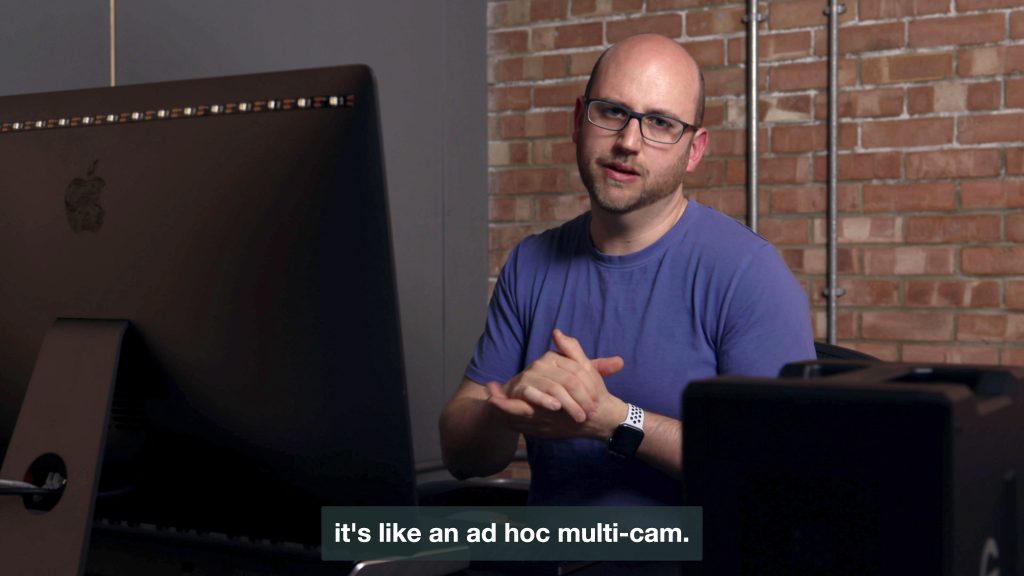 There's a bonus module on Resolve 16 new features and tools

Since completing the course I’ve editing five projects in Resolve, including one a multi-angle music video with 30 different takes. At first it still took a bit of experimentation and hunting to get just the right effect I was after, partly due to my inexperience with NLEs and partly due to the fact that this is an incredibly powerful program with many options.

But there was very little I needed that wasn’t covered in the course. (And remember there are four more books!) With the foundation of this course, what I’m finding after just a few projects is that the software is indeed becoming an intuitive extension of the creative process. NLEs aren’t easy but MZed’s course makes Resolve very approachable with a minimal investment of time.

Is this the Definitive Guide to Davinci Resolve?

To summarize, mastering Resolve’s editing, effects, sound mixing, and color grading capabilities isn’t going to happen in twenty hours of study. Each of those areas can take years of practice to master and Blackmagic’s four additional tutorials delve more deeply into each of those subjects.

But the course gave me enough of a command of the program as a whole to edit efficiently, produce a competent sound mix and color grade, and create the results I was after. I was also left feeling confident enough with the software to begin experimenting and exploring Resolve’s full range of capabilities beyond what was taught in the course. 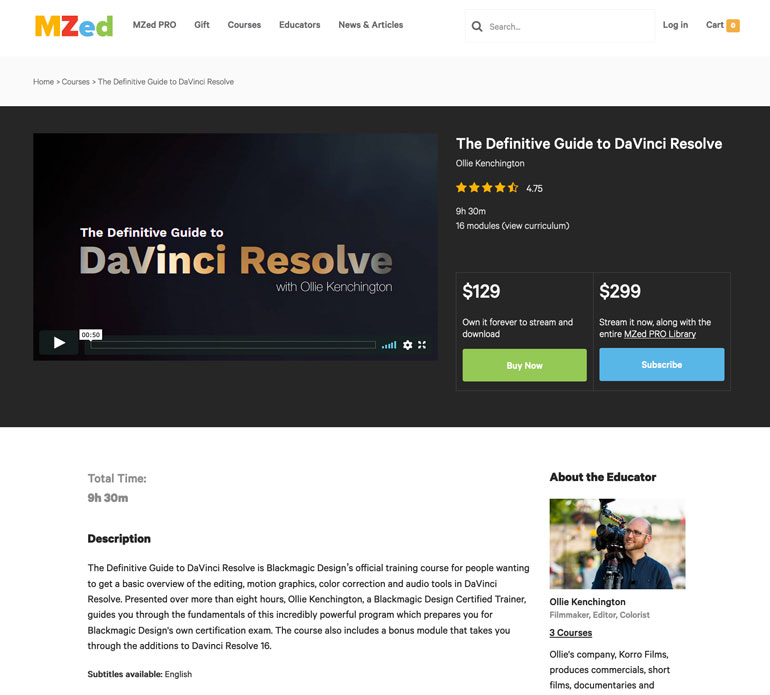 If you are new to NLEs, Davinci Resolve has a learning curve no matter which educational path you take, but "Definitive Guide to Davinci Resolve" is an appropriate description for this well thought out and well presented training program.

Finally, as part of their training program, Blackmagic Design offers the opportunity to become a certified end user by passing a 50 question test after each book. You have three chances to pass and I’m happy to say that I scored 96% on the first go round.

The Definitive Guide to Davinci Resolve can be purchased as a standalone course, but with a one year subscription to MZed Pro, you can also watch MZed's entire library of training programs, and I think that is a worthwhile investment in your filmmaking education.