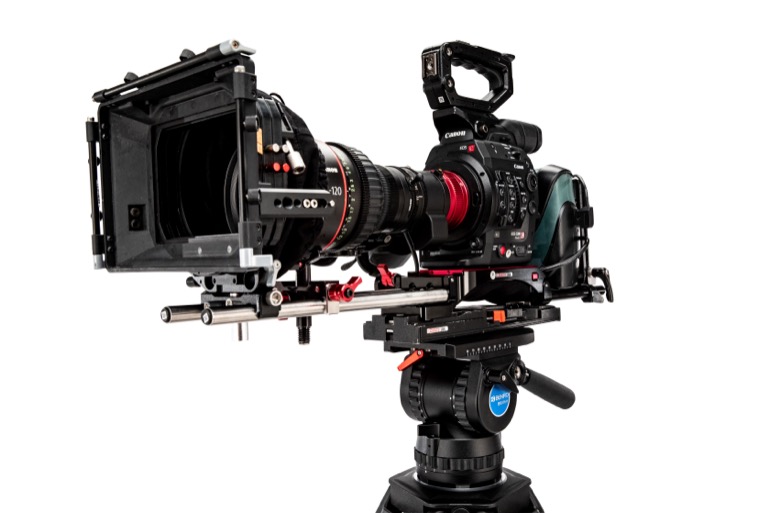 As I was assembling my digital cinematography system, one of the most important elements was having a high quality tripod and fluid head system. Professional looking camera moves are impossible without excellent camera support.

I’m fortunate to have spent the majority of my career using state of the art equipment such as Sachtler, Miller, and O’Connor fluid heads, and Arri or Panavision geared heads.

And up until not too long ago, there were only a few competitors at this quality level, and all of them expensive. As equipment was almost exclusively rented in those days, personal preference and availability were the primary considerations when choosing a camera support system. 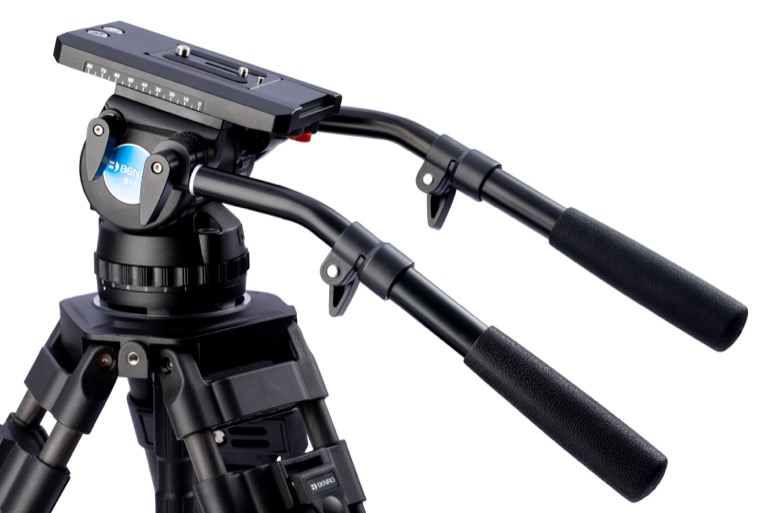 Downward price pressure has resulted in the emergence of several, far less expensive options for every type of filmmaking equipment, and the camera support landscape is no different. But at what cost in terms of quality?

In some cases, the combination of technological advancement and economy of scale has resulted in products that meet or exceed the performance of past gear, and at a far lower cost. Like lenses though, a fluid head is an inherently mechanical device and as such, it is not as subject to the benefits of the technological advances reaped by digital products like sensors, image processors, and storage devices. 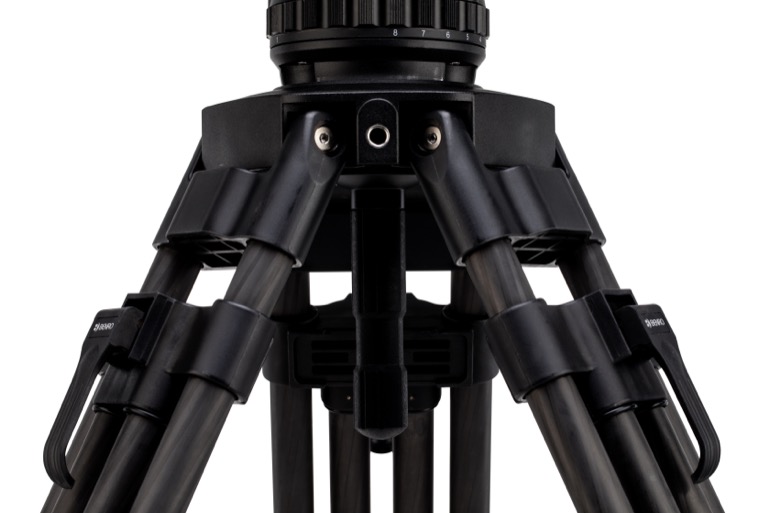 The high quality heads and tripods of ten, twenty, thirty years ago were excellent then and haven’t fundamentally changed - aside from some feature variations and added conveniences - in years. (The Sachtler Flowtech tripod is a notable exception). So I had my doubts that any “affordable” fluid head and tripod could compete with equipment costing three to four times as much.

Nevertheless, before plunking down serious cash on a system, it seemed prudent to investigate the current field of contenders. Doing a bit of research I came across a number of brands that seemed both affordable and promising. Among them, the Benro BV10 seemed to stand out with mostly positive reviews and a budget friendly price. A Black Friday sale dropped the cost even further and with a couple of clicks, a Benro BV10 fluid head and tripod were on their way from Amazon for $600.

Trying out a Benro BV10

I did have a few reservations: the counter balance capacity is right at the limit of my fully configured rig at just about 22 lbs, and it only has three levels of drag for tilt and pan. At the time, nothing Benro offered had a higher weight capacity. Still, I had high hopes that in spite of its limitations, the BV10 would get the job done. 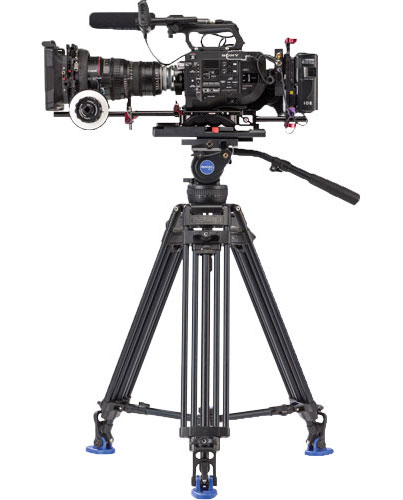 It arrived a couple days later and I excitedly pulled the head and tripod from the shipping carton and set it up.

My initial impressions were good, really good. Not just good for the price but equal to any high quality fluid head I had ever used within the Benro’s weight capacity.

Unfortunately, my set up was just a bit too much for the BV10 to counterbalance, and the three levels of drag didn’t provide enough flexibility or resistance with that much weight to really be workable.

If only Benro made something of this quality that was a little closer to a Sachtler System 12 SB ENG 2 CF. With a 15 kg, 12 step counterbalance, 100mm bowl, touch and go release, 70mm sliding plate, and five levels of drag for pan and tilt, it is ideal for my setup. Retail price for the Sachtler system, however, is $6,260.50 from B&H.

My wish list also included a lighted bubble level - something the BV10 lacks - and a latching system for the lower leg extension that is easy to reach when raising the camera alone. (The BV10’s is not.) I’m also not completely crazy about the internal spreader on the BV10, or most other systems for that matter, but for $600 (or even at the $929.95 MSRP) it punches far above its weight class. (More info on the Benro BV10 here.)

It wouldn’t be too long before my wish was to be fulfilled. Soon after I received the BV10, Benro announced two new pro level systems, the BVX16CFK and the BVX25CFK with 16 kg and 25 kg counter balance capacities respectively. 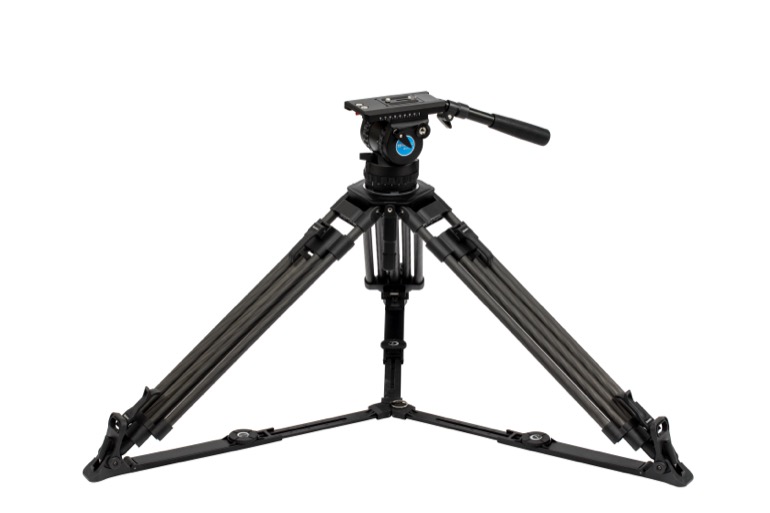 The BVX16CFK offers six levels of drag for pan and tilt, eight steps of counter balance, a touch and go release, and an 80mm sliding plate. It weighs a mere 7.6 kg thanks to the carbon fiber legs, and includes a lighted bubble level, a bottom spreader, and a new flip down latching system for the bottom leg extension that can be operated with your foot, making height adjustments a breeze, even without an assistant. 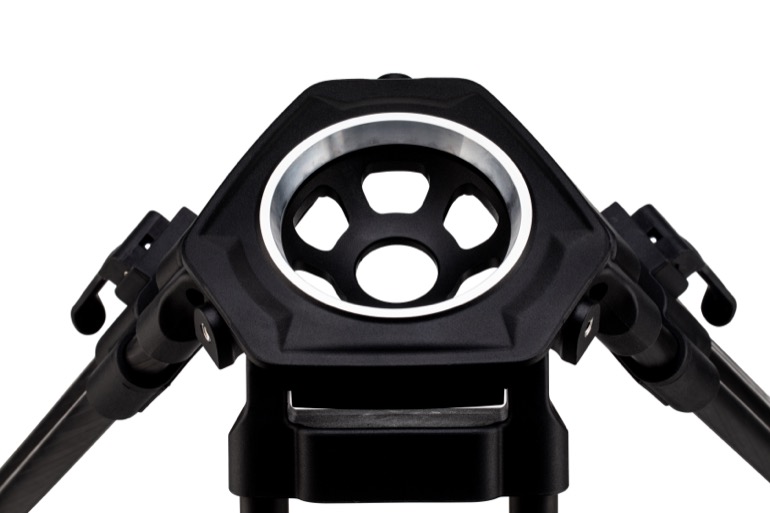 NAB was just around the corner so off I trekked to Las Vegas where I sought out Benro marketing director, Brian Hynes, and got a bit of hands on time with the BVX16CFK. In the interest of thoroughness, I also checked out every other head and tripod system at NAB that fell within the BVX16CFK’s price range. 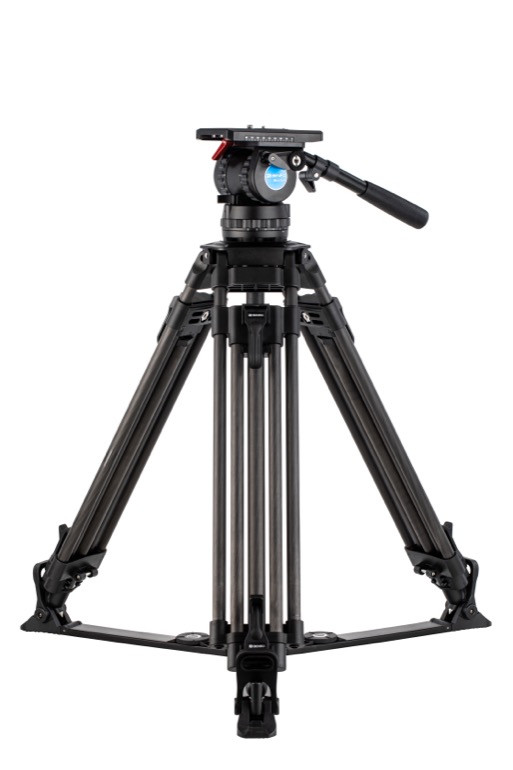 There were a few decent platforms but nothing that I felt matched the quality of the top notch gear from the well established brands typically seen on studio lots or productions of a certain budget. The BVX16CFK, on the other hand, felt excellent albeit without any payload. It stood out from the pack and seemed to rival the best available, in both form and function, for less than a third of the price. I requested a review unit.

Setting up the Benro BVX16CFK and attaching my rig felt incredibly familiar due to the similarity between the Benro and Sachtler systems. The touch and go system is, as far as I can tell, identical.

I fixed a 12” Arri dovetail to the Benro plate for maximum balance range, but the built in 80mm sliding plate provides more than enough adjustability should you choose to attach it directly to the camera or a quick release plate. 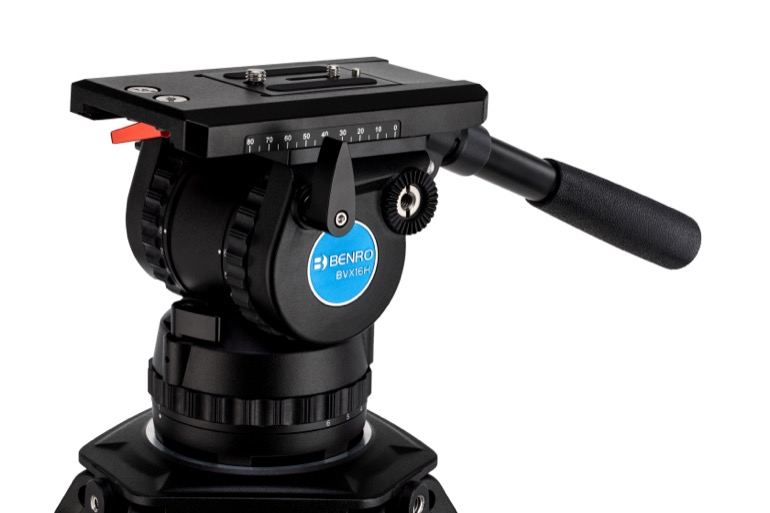 Tilt and pan locks had a nice progressive grip and held the camera in place with just a light touch from the controls. Thanks to the new flip lock system on the carbon fiber legs, height adjustment was a breeze and the spreader never came loose or became a tangled problem as spreaders are wont to do. All in all, I found nothing to dislike either in the quality of the kit’s construction or its operation. 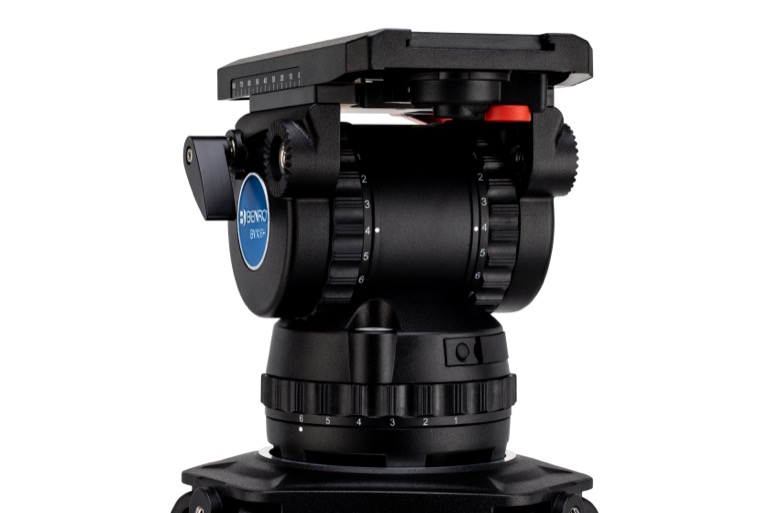 I’ve now spent several months with the Benro, using it on numerous productions, and the only remaining question is durability. So far I’ve had zero problems, but I can’t say how the Benro would stand up to the rigors of life in a rental house. And if you are in that position, the time tested brands may make more sense.

Or maybe not? The Benro just hasn’t been around long enough to say. My BV10 has been used a couple of times a week as a B camera platform for nearly a year with absolutely no issues. Both systems come with a nicely padded, high quality, nylon bag for protection and ease of transport. 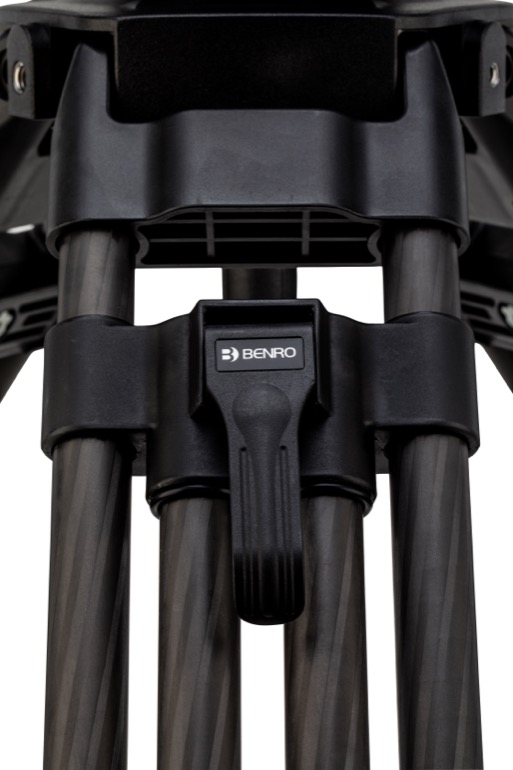 I fell in love with quality gear when I was a film student and have continued to use and appreciate what I consider to be the gold standard throughout my professional career. Questions of durability aside, and especially if you are an owner operator who takes good care of your equipment, the Benro BVX16CFK is a no brainer.

Benro has not only produced a true giant killer, indistinguishable in its operation from some of the top gear in the industry, but there is not a single competitor anywhere near the price whose quality comes close. I’m buying it.